Cultuurcentrum Hasselt is one of the key players in the Flemish cultural scene.  Each year the art center – based in the capital of the province of Limburg  - attracts over 70000 visitors for 300 performances with a strong focus on contemporary dance, classical music, theatre and performances for young audiences, completed with pop/rock and jazz concerts and stand-up comedy.

Year after year the in-house graphic team, consisting of Monique Rutten and Ludovic Driessen, creates a strong corporate identity with a visual/graphic theme for the seasonal catalogue. Cultuurcentrum Hasselt is more a presenter than a producer itself; therefore the team creates the artwork mostly with external imagery from the artists and companies that perform later on in the art center. This imposes an extra challenge to captivate the essence of each season and to convey the artistic pillars and the uniqueness of the institution to a wide audience.

The graphic design of the seasonal brochures – repeatedly nominated for Power of Print, the yearly Cultural poster and brochure competition for Flanders and Brussels and winner of the audience price in 0910 – is extended to the monthly magazine, newsletters, ads, posters and other collateral.

Additionally Monique and Ludovic created separate logos and graphical identities for different festivals and projects of cultuurcentrum Hasselt that occur each season such as Nordic night, fricties and Krokusfestival. 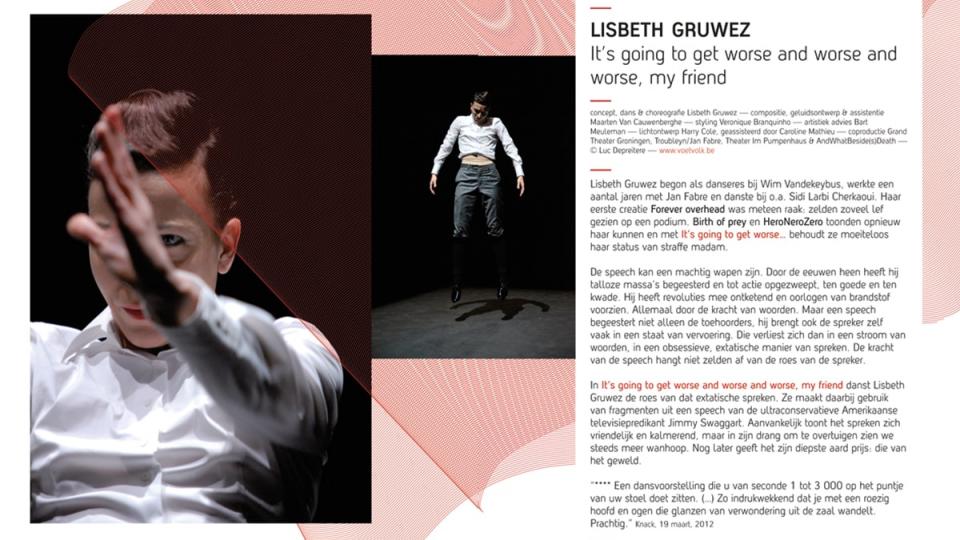